Not many get to realize their biggest dreams here on this earth. But, in 1981 Don moved his family from suburban California to the middle of nowhere, where he could live off the land. The property didn't come with an owner's manual and so he had to learn things the hard way, by trial and error. His very soul was intertwined in the trees and the soil that he called home.

For many years he learned the land and carved out a home for his family all while still running a business in Southern California. In 1992, he became a reserve deputy for the Josephine County Sheriff's Office and served his community for nearly 20 years. He came to work an hour early every day and never took a sick day. In 2011, a brutal car accident put an end to his career and he retired to his property. It was through his life that others learned how to work hard, how to cherish honesty, and how to put others before themselves.

Some of his favorite things to do at his home included watching his grandchildren play in the creek, watching the wildlife enjoy his pond, shooting the water lizards, exploring the property on his quad in his tighty whities, feeding the freeloaders, pulling slash by day and having weenie roasts by night, hunting for brass at the gravel pit and reloading bullets, endlessly dreaming of everything he could do with his property, covertly cutting down trees and hiding the evidence, and battling with the rats for his rockstar.

There was not a person in the community that he didn't touch with his humble heart and genuine care for others. He didn't give a second thought to sacrificing his own needs for those around him. It was rare to go out into public with him and not have a former inmate or person come up to him and thank him for changing their life. He leaves a legacy behind that will be hard to match.

On December 28, 2018 he was diagnosed with end stage pancreatic cancer and fought a hard, valiant battle until the end. When his Redeemer came for him, he was right where he wanted to be, at home, and surrounded by those he loved.

He'll be sorely missed by his wife of 49 years Elizabeth Allaire, whom he loved more than life itself, his four children Don, Jessica, Melissa, and Jonathan, who all have his best traits, his brothers Ross and Paul and his sisters Colette and Renee, 18 grandchildren, 5 great grandchildren, and the endless people whose lives he touched.

To plant memorial trees or send flowers to the family in memory of Don Allaire, please visit our flower store.

In June '07 Don shot a menacing bear very late one night; one shot from the porch of his house. We spent an unforgettable night together; me with flashlights, Don with knives. More than a friend, genius, and hunter; Don knew and loved Jesus Christ as his personal Savior and Lord. Don received God's gift of eternal life; by grace alone, through faith alone, in Christ alone.

Sissy and family, I am sorry for Don's passing. His being with Jesus is a comfort. I will continue praying for you all. Alan Smith

Oh, Sissy, I am so sorry. Just received word Don has passed. I've been sitting here remembering so many things about Don. Mostly about what a fine man he was. Please call me if there is anything you need. My heart is breaking for you and the family. 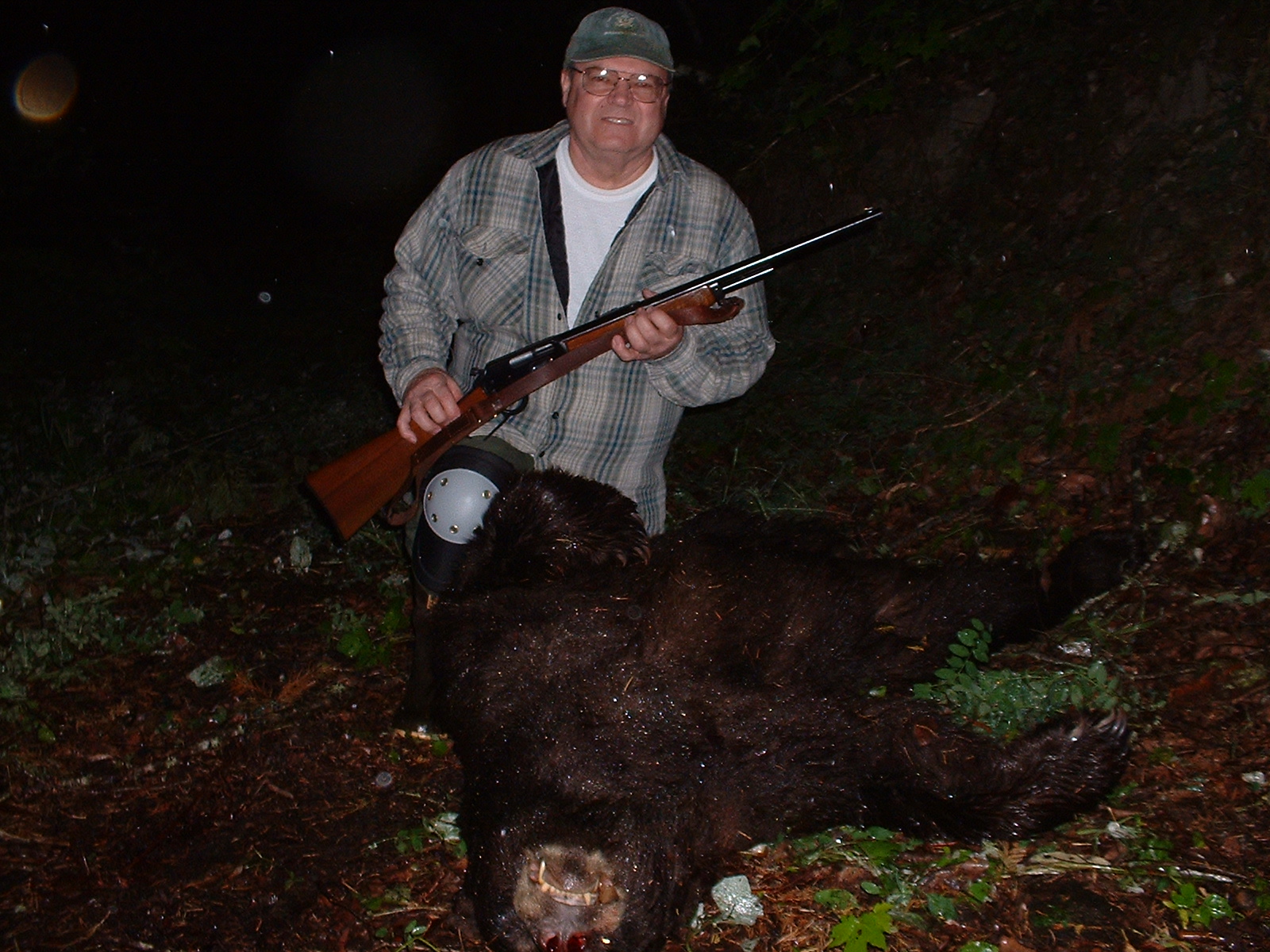