Donna Mae (Keys) Crenshaw, 88, of Grants Pass, Oregon, passed away peacefully just one
week before her 89th birthday. Her family was at her bedside.

She was born in Portland, Oregon to Glenn and Laura Keys. She was raised by her aunt and
uncle, George and Vesta Barclay, in several logging camps around the Tillamook, Oregon area.
Later in her school age years she moved to Sweet Home and graduated from there in 1948,
where she also married Claude Crenshaw on July 3, 1948. They were married 64 years when
Claude passed away in October of 2012. Together they raised three children.

The first thirteen years of their married life they lived in Potter Valley, California. They then
moved their family back to Oregon living in Lebanon, Grants Pass, Roseburg, Sunriver and
Donna back to Grants Pass after Claude's passing. She moved into Horizon Village and most
recently Rogue Valley Retirement, where she made many lovely friends.

Donna was a housewife most of her life and filled her time with many of her children's and
community activities. She loved to read, knit and play many card games. After starting their
family, Claude and Donna spent much of their free time snow skiing, camping, boating and
water skiing. They were very devoted grandparents and took their grandchildren on many an
outing, especially on camping trips.

In their retirement years traveling was a wonderful time of their lives. They traveled for about five
years exploring the US, gathering many very close friends along the way.
She is survived by her children, Janet (John) Taylor of Eagle Crest, Ray (Trudy) Crenshaw of
Central Point and Marilyn (Chris) Olsen of Grants Pass. Eight grandchildren and thirteen great
grandchildren.

She was preceded in death by her husband, Claude and brother Eldon Keys.

To plant memorial trees or send flowers to the family in memory of Donna Crenshaw, please visit our flower store. 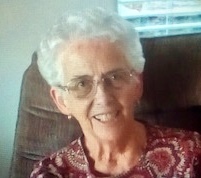