Jeanette was born on April 12, 1923 to Oscar & Jennie Nelson in Omaha, Nebraska. She was one of three siblings; her sister, Ruth Nelson and brother, Herb Nelson who both preceded her in death. Jeanette graduated from Mission High School in San Francisco, California in 1941, the year of the Pearl Harbor tragedy and the beginning of World War II.

She met the love of her life Ernest "Paul" Stiles at the Rincon Annex Post Office in San Francisco. She called her best friend Darlene to tell her how excited she was about this "'Dream Boat" she had just met. He was a truck driver for the Quartermaster CORPS for the United States Army and was stationed at Camp Stoneman. His job was to deliver the mail to the post office. A few months went by with them seeing each other as much as the army would allow before Paul was called off to New Jersey on Furlough. When he came back, he brought with him an engagement ring. They were married on May 18, 1944, 6pm at the Courthouse in San Francisco, CA. Paul was only on a three-day pass before he had to get back.

Their honeymoon was spent at Jeanette's best friends flat on Whitney St. in San Francisco. Their first meals consisted on bacon and eggs as that is all she knew how to cook at that time. They lived on LOVE.............and BACON & EGGS.

On one of their honeymoon night adventures, Paul, Jeanette and Darlene went to see a movie. It was very crowded and very little seating. Jeanette finally spotted three seats in which she led the way into the row of seats. Just before they reached them, some bozo started to step over from the row in back in order to secure the seats they were heading for. With that Jeanette raised the umbrella in which she was carrying and charged after the guy. He was no match for this little amazon of a woman and they quietly took their seats.

Jeanette and Paul had their first child on August 21, 1945, Paulette Marie Stiles. Unfortunately, Paul was sent to the Philippines shortly before she was born. Six months later Jeanette and her new baby took a train to Trenton, New Jersey to meet Paul who was discharged from the service on February 3, 1946.

They returned to San Francisco about nine months later and bought a home in the Sunset District on 45th Avenue where they lived for 36 years.
On July 1, 1949 they welcomed another little bundle of feisty joy weighing in at 3.5 pounds, Marilyn Kay Stiles.

Jeanette worked part time at Lakeshore Elementary in San Francisco as a cafeteria worker for 22 years, although her first and main job was caring for her family. She also enjoyed volunteering for her church in whatever area was needed.

They later moved to Fairfield, CA in 1986. She and her husband were members of the First Assembly of God church in Fairfield. ln 2006, they moved to Grants Pass, Oregon where they resided until the Lord called them home.

Jeanette enjoyed camping, fishing, hunting with her husband and the only woman that we know of that knew how to make a duck quack after they were dead. That's another story! She also enjoyed sewing, shopping, entertaining friends and just spending time with her family. She was a prayer warrior and loved the Lord with all her heart.

She was preceded in death by her loving husband, Paul Stiles; brother, Herbert Nelson and sister, Ruth Nelson.

She was loved by her family and will be greatly missed.

So, with you: Now is your time of grief, but I will see you again and you will rejoice, and no one will take away your joy. John 16:22

"But those who trust in the Lord will find new strength. They will soar high on wings like eagles. They will run and not grow weary. They will walk and not faint." Isaiah 40:31

To plant memorial trees or send flowers to the family in memory of Marie Stiles, please visit our flower store. 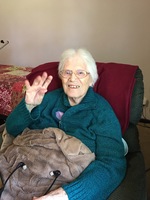 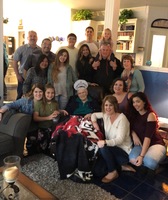