Mary Arlene Zilverberg, 75, died on July 14, 2019. She was born in Waukesha, Wisconsin on October 21, 1943 to Jim and Helen Zilverberg. She moved to Aitkin, Minnesota with her parents and two sisters in 1947. She graduated from Aitkin High School in 1961 and moved to Minneapolis where she met Wallace Lyle Olson. They married on March 15, 1963 and had a son, Lyle, and daughter, Leah, while living in Minnesota. They moved to Grants Pass, Oregon in 1971, where Rachel was born. In 1991, they moved to Boise, Idaho where Wally had a job with the U.S. Forest Service until he retired. They divorced in 2012. Wally and Mary later became close companions and moved to Brookings, Oregon-making this coastal paradise their final home.

Mary was devoted to her family, the Lord, and to beauty. She loved to listen to Bill & Gloria Gaither, cook and garden. Her flowers were breathtaking every year. She also liked to read and to watch mysteries. Her gifts were her laugh, her charm, her hospitality, and her generosity.

She was preceded in death by her parents (Jim and Helen) and two sisters (Betty and Bonnie). She is survived by Wally Olson, her children Lyle (Linda), Leah, and Rachel (Doug), 12 grandchildren, and 10 great-grandchildren. She is also survived by three sisters - Shirley (Earl), Grace, Beverly (Iden) - and six brothers - William, Thomas (Jeanne), Michael (Shannon), David Paul (Ellen), Steven (La Paz), and Timothy (Danae).

To plant memorial trees or send flowers to the family in memory of Mary Zilverberg, please visit our flower store. 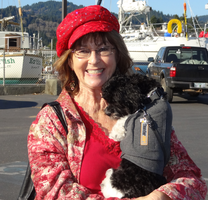